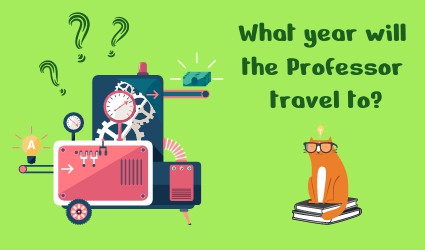 Georg Cantor was a mathematician who invented the branch of math known as set theory. He lived from 1845 to 1918.

Professor Henderton from University College is obsessed with set theory and Georg Cantor. Ever since Henderton wrote his dissertation on Cantor’s theory of transfinite numbers, he has dreamed of meeting the brilliant mathematician.

An article in the school newspaper last week confirmed that the Professor would set a date for one of the following years:

Yesterday, a reporter for the school newspaper writing a follow-up article interviewed two of Professor Henderton’s assistants about the voyage date. Here is what each of them had to say:


The reporter accurately described his interview with the Professor’s two assistants. The assistants may be telling the truth or lying, but remember, an honest assistant is always honest, and an assistant who lies once will always lie.

Which year is Henderton going to visit on his inaugural trip?

Try to solve it, then click to see the answer!

So, we can conclude that the time machine is set for 1850, just after Georg Cantor was born.

When kids love math, anything is possible, perhaps even building time machines.

If your child has big dreams read what our graduates have to say about IMACS and try a free class.