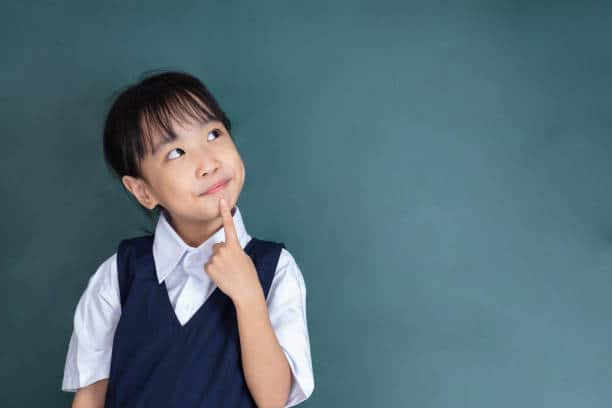 Can you link all nine dots using four or fewer straight lines, without lifting your finger and without tracing the same line more than once?

We all understand what is meant when a person exclaims, “That’s so creative!” This is a typical reaction to a new and often pleasing, useful or clever idea. It might range from a musical composition to bionic limbs to proof of a longstanding conjecture in mathematics. Whatever the form, praise for the idea is rooted in its originality. Designed to be ever-learning, the human mind relishes new “food for thought,” and so as a society, we place a high value on creativity.

Books and blogs offer up a variety of tips on how to foster creativity. One piece of advice that is at odds with our experience at IMACS is the claim that logic stifles creativity. There is even a meme of Albert Einstein with the quote* “Logic will get you from A to B — Imagination will take you everywhere” posted frequently in support this misconception.

On the contrary, many students who have taken our classes have gone on to thrive in fields — puzzle and game design, teaching and medical research, just to name a few — that require creativity and logic. They succeed because they have a fundamentally superior understanding of what it means to think with logical creativity.

With respect to the cliché “think outside the box,” some consider logic as a villain that keeps creativity bound and gagged inside the box. As the argument goes, illogical ideas are either withheld or discarded too soon when they might have led to winning ideas, thereby hindering the creative process. But consider this quote on creativity by iconic creative force, Steve Jobs.

Creativity is just connecting things. When you ask creative people how they did something, they feel a little guilty because they didn’t really do it, they just saw something. It seemed obvious to them after a while. That’s because they were able to connect experiences they’ve had and synthesize new things. And the reason they were able to do that was that they’ve had more experiences or they have thought more about their experiences than other people.

“Creativity is just connecting things.” In our view, logic is one of the most powerful facilitators, if not the most powerful facilitator, of connectivity. Yes, logic will get you from A to B … and then to C … and to D and to E and so on, and that’s a good thing. Logic helps you think clearly about your knowledge and experiences, make connections among them and synthesize new ideas.

When learned well, logical reasoning has the power to unleash creativity. Build enough connections and you can follow a more direct path to the winning idea. You needn’t worry that the unstable bridge of an illogical idea was the only way you were going to get there.

*This attribution to Einstein has not been documented on Wikiquotes, not even as disputed or misattributed. Perhaps the meme is the result of creativity without logic.

By drawing lines that extend outside the box formed by the outermost dots, one can find a solution to the puzzle at the top of this post.

Go beyond just thinking outside the box with gifted math and computer programming from IMACS! Talented middle school and high school students should explore our university-level courses. Get regular IMACS updates on Facebook and Instagram.