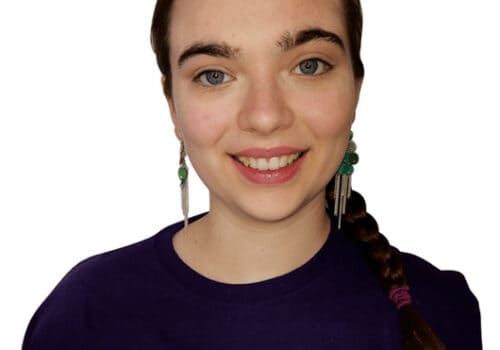 Fiona Brady from IMACS in 4th Grade to Northwestern!

Congratulations to IMACS graduate Fiona Brady who is beginning her studies at Northwestern University.

Fiona first attended IMACS Hi-Tech Summer Camp when she was ten. Over the next eight years, she went on to complete IMACS’ university-level courses in University Computer Science, AP Computer Science: Java Programming, and Logic for Mathematics.

Homeschooled since fifth grade, Fiona was awarded a National Merit Scholarship, named an AP Scholar with Distinction, and scored 2360 on the SAT. She is also a second degree black belt in Taekwondo and won a bronze medal at the 2013 AAU Junior Olympic Games.

As a high school student, Fiona studied four years of undergraduate, advanced undergraduate, and graduate classes in mathematics and physics at Northwestern University, where she is the only student to have won the Outstanding Achievement in Advanced Mathematics Classes by a High School Student prize four years in a row.

During that time, Fiona also served as a Teaching Assistant for the University of Chicago’s Young Scholars Program, a position usually reserved for undergraduates.

Fiona chose Northwestern, where she intends to major in Mathematics and Physics. She plans to pursue a career as a university professor of mathematics.

Fiona directly credits IMACS for helping her to develop a deeper appreciation for and a sense of ownership of the mathematics that she learns.

Fiona had the IMACS advantage!

She chose Northwestern.
Where will your child go?