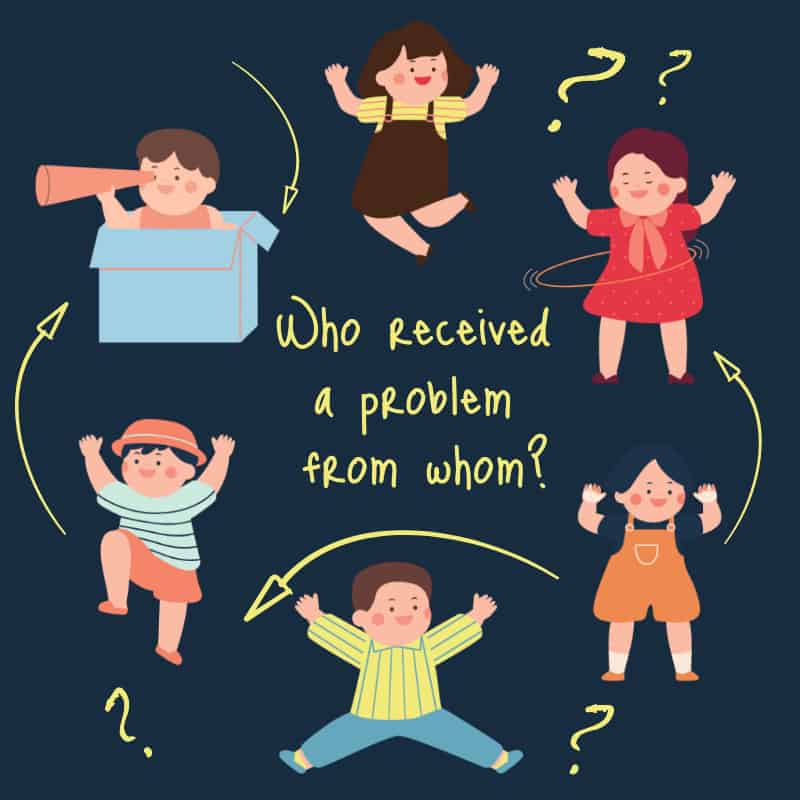 Alexa, Barney, Cara, Dylan, Ethan, and Frances are all planning to compete in the Kangaroo Math Contest, and each week they write Kangaroo Math sample questions and answers for each other so they can practice. Each kid writes one problem for exactly one other kid, and each kid receives one problem from exactly one other kid. You decide to ask every kid who wrote the problem that they are working on. However, some of the kids are sneaky and don’t want you to know who wrote their problem.

A kid who gets a problem from Alexa, Barney, or Cara will always lie when you ask them who wrote their problem.

A kid who gets a problem from Dylan, Ethan, or Frances will always tell the truth when you ask them who wrote their problem.

Who received a problem from whom?

Try to solve it, then click to see the answer!

Does your child enjoy logic puzzles like this one? Try a free IMACS class and discover how much fun math can be.