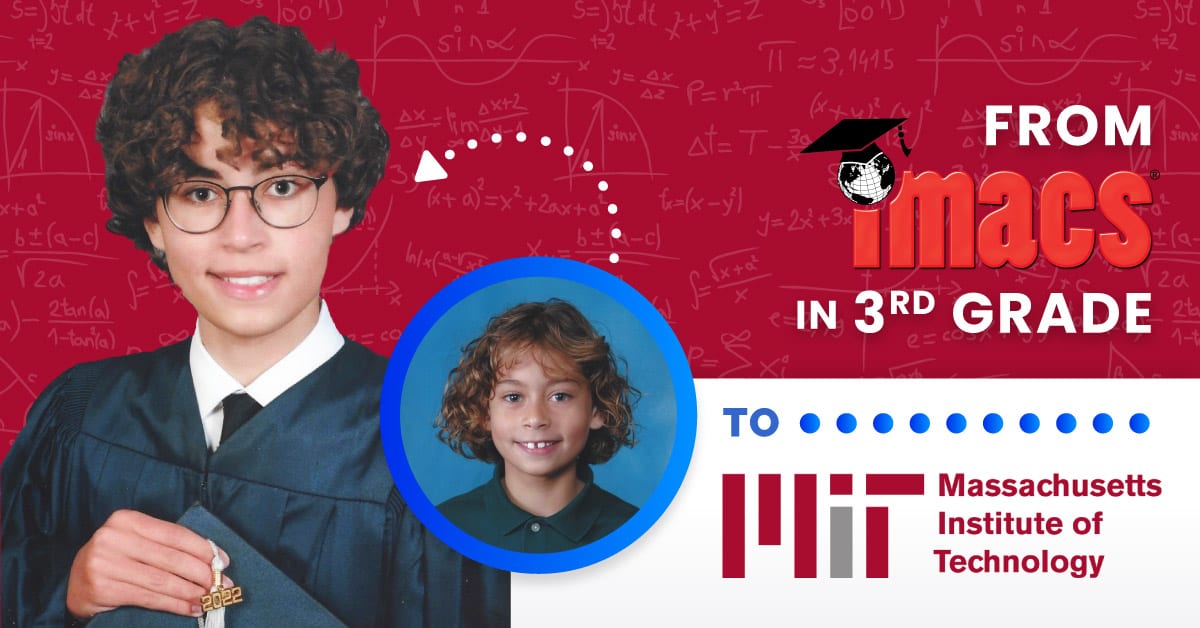 As a bright and talented third grader, Zachary needed more of a challenge. He found IMACS and thrived in Math Enrichment classes, University Computer Science courses, and multiple sessions of Hi-Tech Summer Camp. Zachary went on to graduate high school with a 4.85 GPA, 1570 on the SAT, and 35 on the ACT while earning the honors of National Merit Finalist and AP Scholar with Distinction.

As the programmer for his high school’s VEX robotics team, Zachary was responsible for designing and writing all the code for their robot. In the year that he took on that role, Zachary led his team to the division semifinals at VEX Worlds, the first time any team from his school had ever reached that level. Powered by his advanced programming skills, Zachary’s team received three excellence awards throughout the competition season. It’s no wonder that he won the University of Rochester Xerox Award for Innovation and Information Technology.

Zachary was accepted at the Massachusetts Institute of Technology, Caltech, Georgia Tech, University of Michigan, Northwestern, University of Florida, University of Rochester, Case Western, and RPI. He chose MIT where he plans to study Aerospace Engineering.

Here is what Zachary said about how IMACS gave him the problem-solving skills to succeed in college and beyond:

IMACS not only strengthened my interest in math and computer science from a young age, it gave me the problem-solving skills that helped me get into MIT and that will benefit me for the rest of my life.