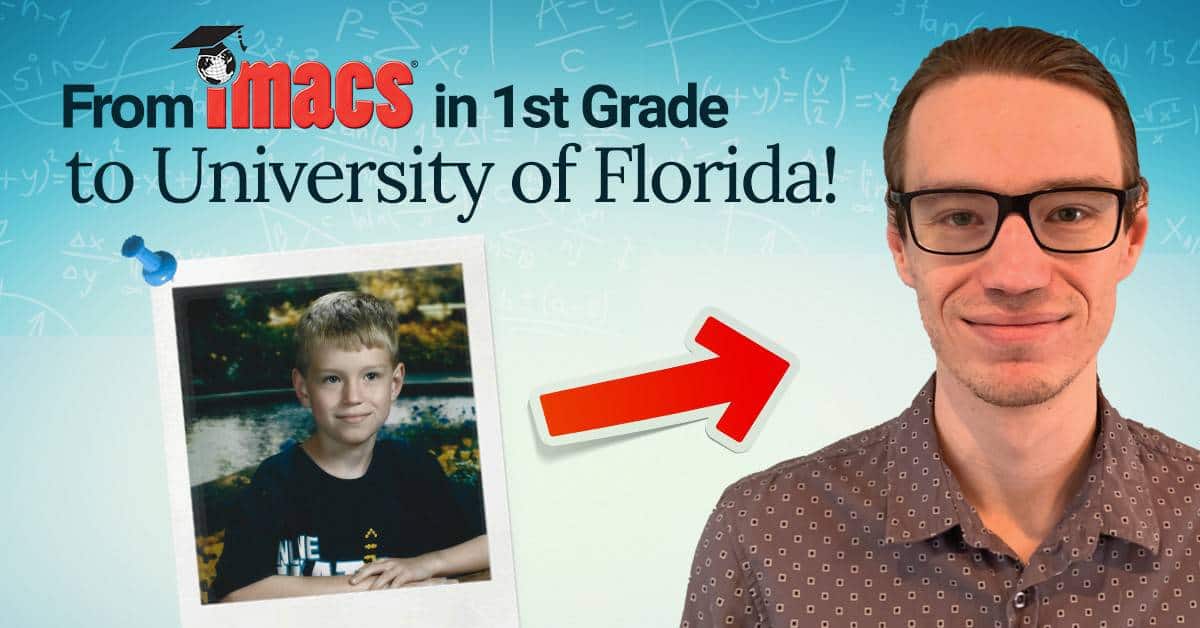 Robert attended IMACS from 1st through 12th grade. He completed all five levels of Math Enrichment, Computer Enrichment, Hi-Tech Summer Camp, and university-level courses in Mathematical Logic and Computer Science. Robert was named a National Merit Scholar and earned his B.S. in Mathematics at the University of Central Florida.

A mathematician at heart, Robert continued on to graduate school at the University of Florida where he specialized in Graph Theory and Combinatorics with a focus on Letter Graphs. He has already proven two conjectures: one from 2000 by Petkovšec, and another from 2018 by Alecu, Lozin, De Werra, and Zamaraev.

Robert’s paper on the former, “On the lettericity of paths,” was published in the Australasian Journal of Combinatorics. His paper with colleagues on the latter establishes a connection between two seemingly unrelated notions: lettericity, from structural graph theory, and geometric griddability, from the world of permutation patterns. Robert presented this groundbreaking result in a talk on “Letter Graphs and Geometric Grid Classes of Permutations” at a 2019 AMS conference.

When not advancing the field of mathematics, he enjoys programming, Ultimate Frisbee, playing the ukulele, and game nights with friends.

Robert successfully defended his thesis, “Notes on Lettericity,” to earn his Ph.D. in Mathematics from the University of Florida. He plans to use his ability to learn and apply new math topics on a deep level to pursue a career in Data Science or Operations Research.

Here is what Robert said about how IMACS prepared him for his Ph.D.:

IMACS gave me an incredible foundation for mathematics, building my logical thinking and proof writing skills and feeding my love for problem-solving. As a result I was already well ahead by my first college math class and never looked back.