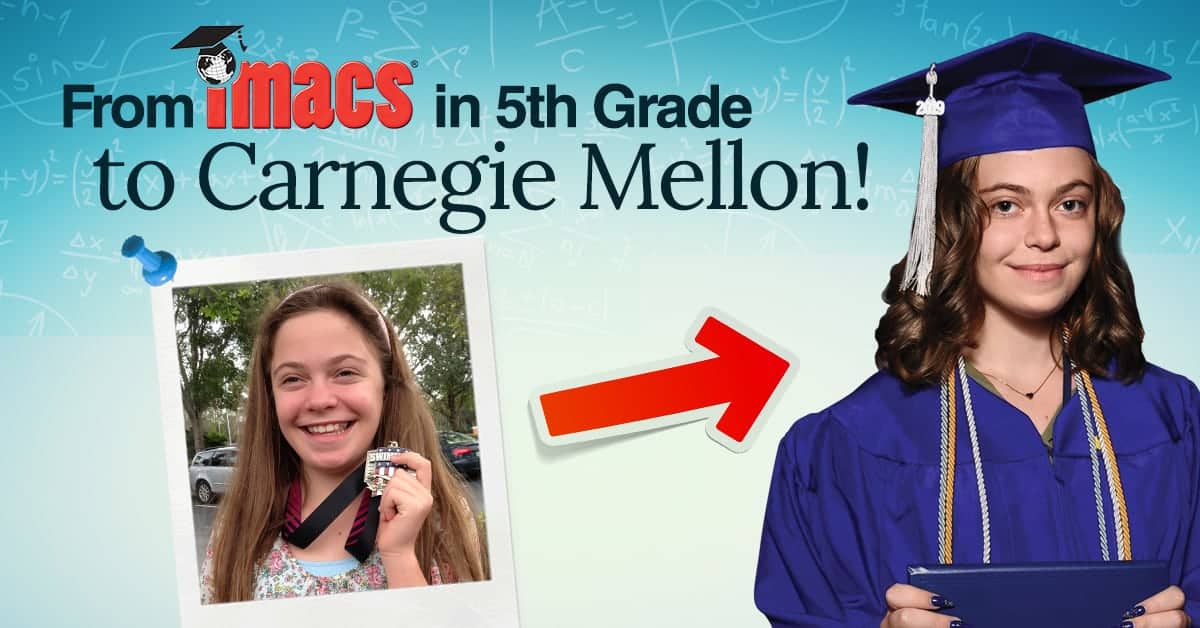 Naomi discovered IMACS through our Hi-Tech Summer Camp during the summer before 5th grade. She delved into Logic Puzzles, Computer Enrichment and Electronics for three summers in a row and went on to complete university-level courses in Computer Science and Logic for Mathematics. Naomi scored 1590 on the SAT including an 800 on the math section, as well as 800 on the SAT subject tests in Math Level 2 and Chemistry. She was named a National Merit Semifinalist and US Presidential Scholar Semifinalist.

Naomi’s talents in math and computer science led to numerous accolades. She was named a 2018 National Honorable Mention recipient of the NCWIT Award for Aspirations in Computing. After placing first in the Mathematical Sciences category at the 2018 Broward County Science Fair, Naomi was honored by Mu Alpha Theta for the statistical methods she used to analyze data for her science fair project. She also excelled at the Stanford Pre-Collegiate Summer Institutes and the Carnegie Mellon Summer Program in Computer Science, two highly-selective summer programs for high school students.

IMACS helped me to discover my passion with courses that encourage creative problem solving and offer a deep, meaningful understanding of the material. If it weren’t for IMACS, I might never have realized that I like math!