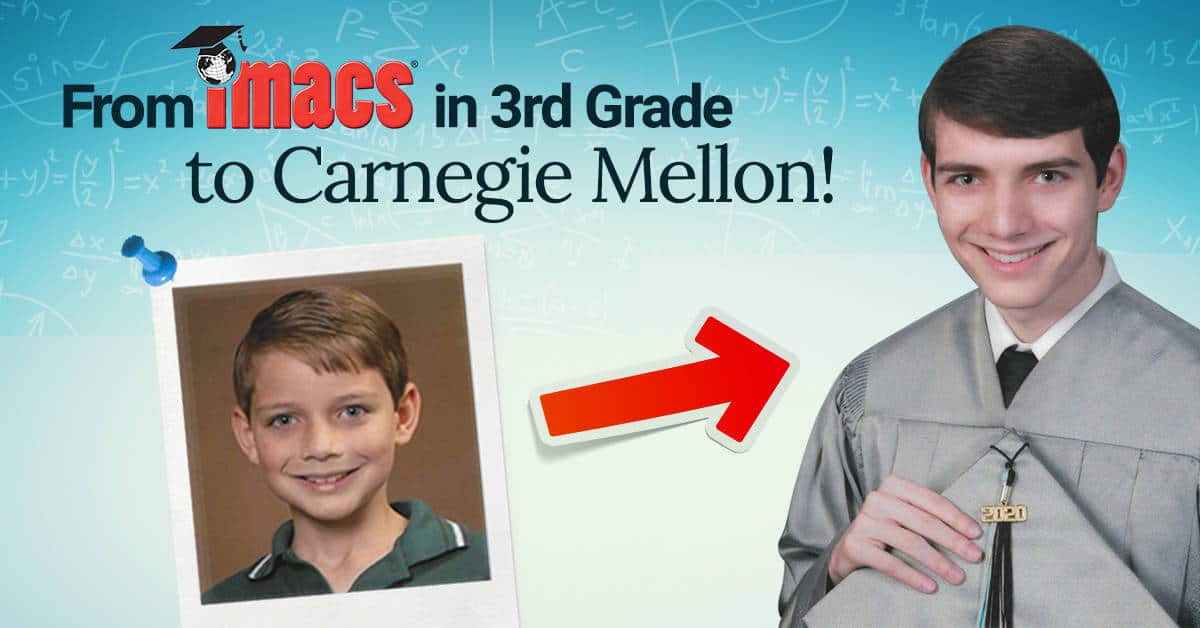 With a 5.5 GPA, 1550 on the SAT and 36 on the ACT, Gabriel graduated near the top of his class and was honored as a National Merit Finalist and National AP Scholar. He and his teammates dominated the 2019-20 VEX Robotics season, easily winning their third straight State Championship, qualifying for the 2020 World Championship, and receiving the VEX Robotics Excellence Award, which is the highest award presented in the competition.

Gabriel chose Carnegie Mellon University where he was accepted early decision into the School of Computer Science. After completing his bachelor’s degree, he plans to pursue a career in that field.

Here is what Gabriel said about how much deeper IMACS computer science is:

IMACS gave me a huge head start learning computer science in depth when other programs were shallow and rudimentary. Thanks to IMACS, I have a strong foundation that easily goes beyond any one programming language.