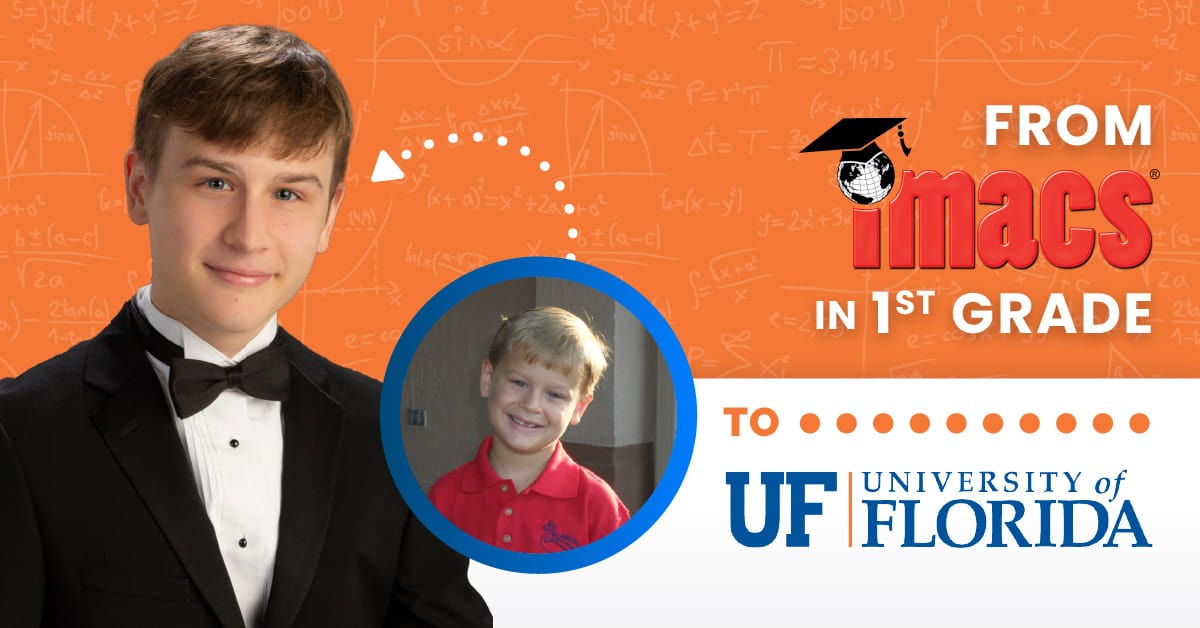 As a National Merit Finalist with straight A’s, Cole was selected as one of his high school’s valedictorians. He scored 1570 on the SAT, including an 800 on the math section, and was named an AP Scholar with Distinction after earning 5’s on multiple exams, including Computer Science A, Calculus BC, Statistics, Chemistry, and Physics C.

While STEM is an obvious strength, Cole has many talents and passions. In 2022 he was named Best Delegate at the Ivy League Model United Nations Conference. At national and state French competitions Cole won multiple honors, including the Silver Award at Le Grand Concours and the highest award at Le Congrès. As an aficionado of the written word, he reads about 12,000 pages of literature a year.

Cole was accepted at the University of Florida, Georgia Tech, and early action at the University of Michigan. He chose UF where he plans to double major in Mathematics and Chemistry with a minor in Urban Planning. While graduate school and a career in operations/logistics may be part of his future, Cole remains open to exploring various fields of interest.

Here is what Cole said about how IMACS sparked his curiosity about mathematics and computer science:

IMACS instilled in me a curiosity about the world around me through intriguing puzzles in mathematics and computer science. Alongside this curiosity, IMACS provided me with the problem-solving tools and high-level information that prepared me to be able to discover solutions to the questions that piqued my newfound curiosity.